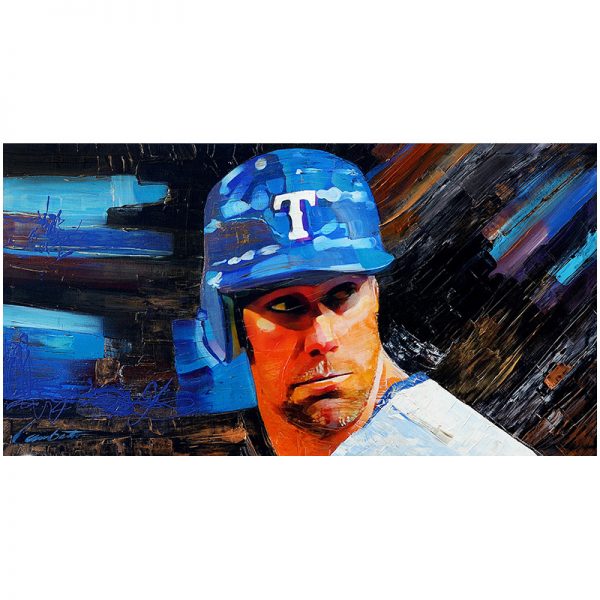 David Murphy looks back at the dugout after sliding into 2nd base for a double. Murphy was born in Houston and graduated from Baylor University in Waco. He was drafted in 2003 in the 1st round by the Boston Red Sox and began playing in the majors in 2006. He came to Texas in 2007 and was Rangers Rookie of the Year. The left-handed-batting outfielder played in Texas for seven seasons, primarily in left field, and now plays right field for the Cleveland Indians.
2012
36 in. x 19 in
Acrylic on canvas 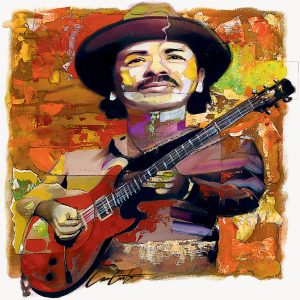 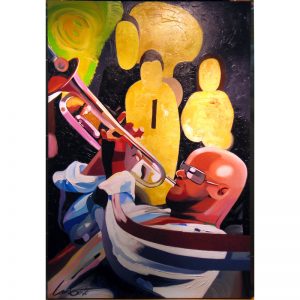 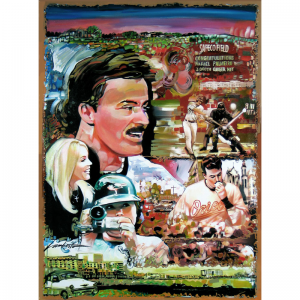