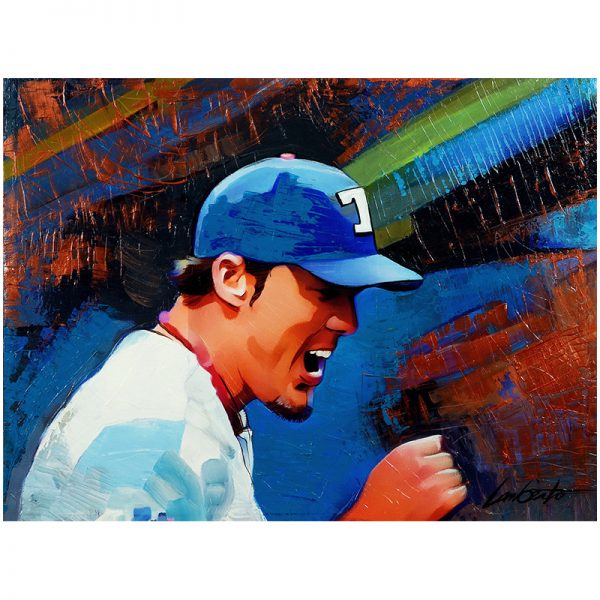 Closer Joe Nathan celebrates a save during the 2013 season. Nathan, whose major league career began in 1999, has played for San Francisco, Minnesota, Texas, and Detroit. While a Ranger (2012–2013), the right-hander earned the save in the 2013 All-Star Game. With 377 saves, he is the winningest active closer and 7th all time. Tommy John Surgery ended his 2015 season with the Detroit Tigers. It is signed by Rangers pitching coach Mike Maddux.
2012
34 in. x 26 in.
Acrylic on canvas 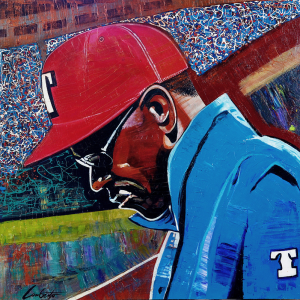 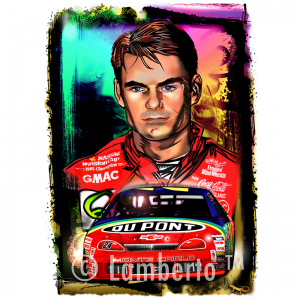 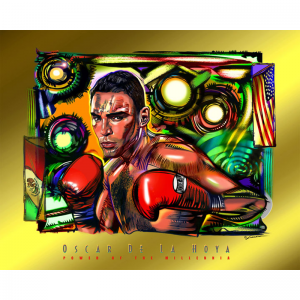