All posts by Lamberto Alvarez 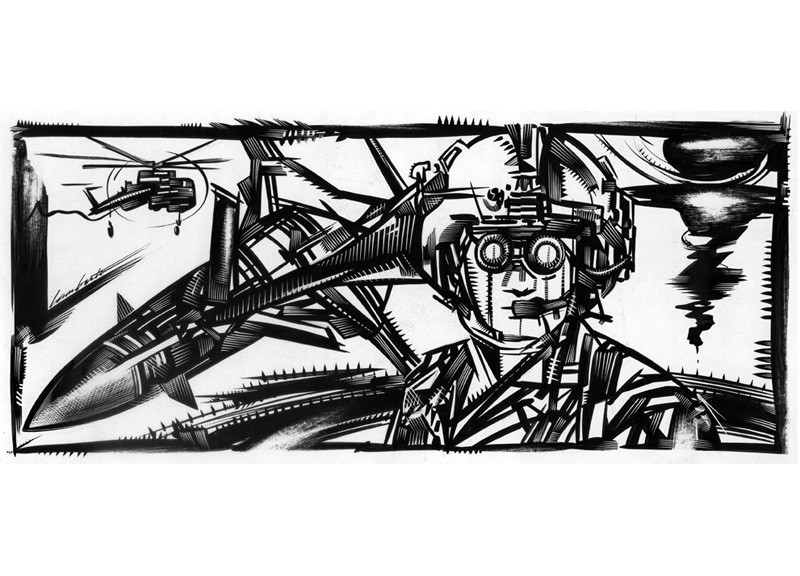 A scratchboard print, depicting the military power that the United State has always represented. The spirit of America is alive, and this scratchboard illustration, created circa 1999.
Media: Scratchboard,
Price: $800
To Purchase: http://lamberto.com/product/americas-spirit/ 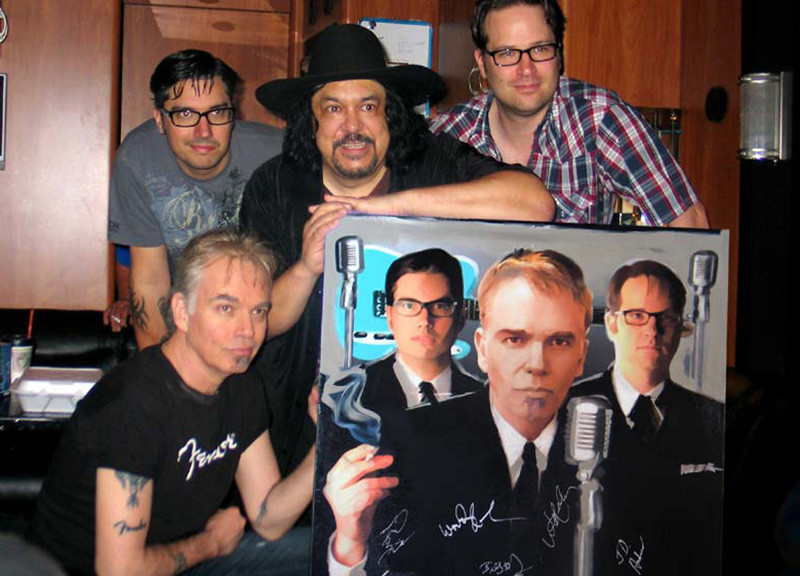 Lamberto’s Equestrian Art to be featured in show 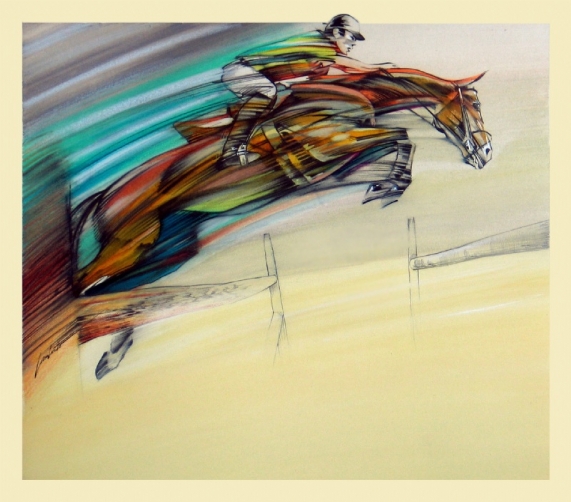 My work painting horses has been noted by the art world. More to be seen as I also develop a body of work that is designed for wine lovers! 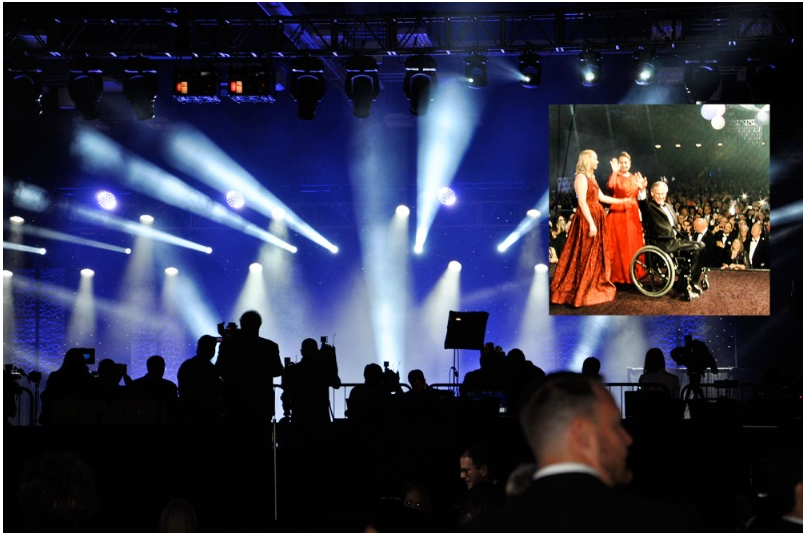 Austin – The weather could not have been any better on Tuesday, January 20, 2015, as Greg Abbott was sworn in as governor and Dan Patrick as lieutenant governor. Over 17,000 people gathered outside the capitol grounds on a beautiful sunny day in Austin to watch the inauguration, gather in prayer, and then proceed to share in the festivities with a generous and scrumptious barbecue lunch served by Eddie Deen, owner of Eddie Deen Company Catering.

The day festivities ended with a parade and the night was then followed by a fabulous Black-Tie Ball at the Austin Convention Center where approximately 10,000 people gathered for the Gala event.

Governor Abbott addressed the crowd and some of his most memorable words were, “The journey from the Houston hospital,” referring to his experience in a 1984 accident while jogging that resulted in him using a wheelchair, “to the Texas governorship was possible because of two powerful forces. First is the grace of God. The Book of Mathew reminds us that with God all things are possible. The other,” he said, “ is that I had the fortune to live in the great State of Texas. Texas is where the impossible becomes the possible.”

I am honored to have been invited to this historic event to see a man I have admired as attorney general to now step into his new role of Texas governor. 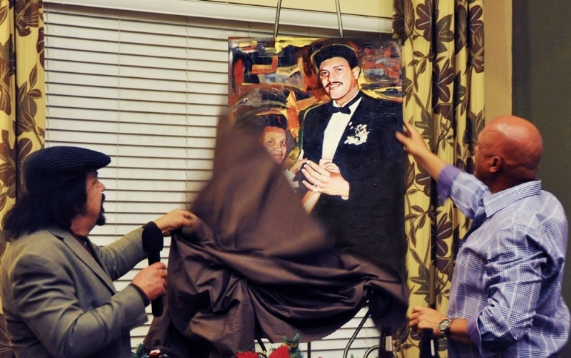 A close friend of mine, who has traveled throughout the world, once told me: “You know, if someone ever took everything I own, one thing they could not take away from me are my memories.” I’ve never forgotten those words, and because of that, I perhaps now enjoy every moment more than ever — every day, in any way possible. Because, after all, every day leaves behind many memories.

This past Wednesday, Dec. 3, I had the joy of presenting former Texas Rangers pitcher José Guzman with a painting I had created some time ago — a painting of José with his mother, Maria Teresa. The painting is titled, “Memorias con Mamá,” or “Memories with Mom.”

You see, José’s mother suffered from Alzheimer’s Disease in her later years, and what that disease does is rob people of their memory: the memories of their life, the ability to recognize people and things. I felt compelled to title the painting as such because the “moment” that I immortalized on canvas was a happy memory in their lives. It was a time when José’s mother was happy and healthy. It still is a warm memory for José and represents a moment dear to his heart.

I wanted José to own the painting because it also represents a cause he is very serious about — helping people afflicted with Alzheimer’s. José also is a longtime supporter of the food pantry at Evergreen at Keller Senior Living and has steadily been providing food to that senior community to the delight of its residents.

Dianne Gonzalez, Community Director for Evergreen at Keller and a longtime friend, helped to arrange the art presentation, which we decided to make part of their 1st Annual “Parade of Trees Celebration.” Beautifully ornate trees, wreaths and Christmas decorations were displayed and auctioned during the evening to benefit Metroport Wheels on Meals and José’s Guzman 23 Foundation, which aids Alzheimer’s patients. This wonderful event also honored Nansii Downer, who is Metroport’s Volunteer Services Director.

The evening turned magical — hearts were warmed, tears were shared, and laughter became contagious. By the end of the evening, there seemed to be this great sense of camaraderie, friendship, love and understanding. It was a heartfelt celebratory night, and I hope everyone who was there will treasure and cherish the memory of it for a long time. Merry Christmas to all!

For the full gallery visit our legacy site. 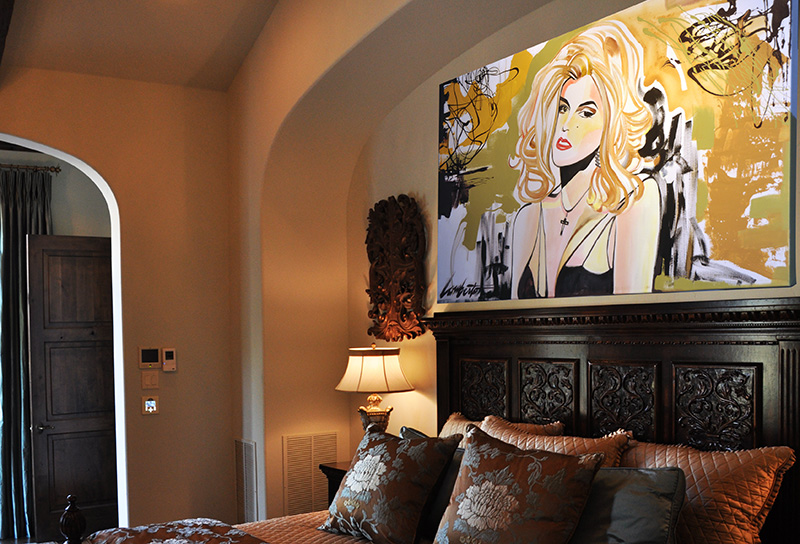