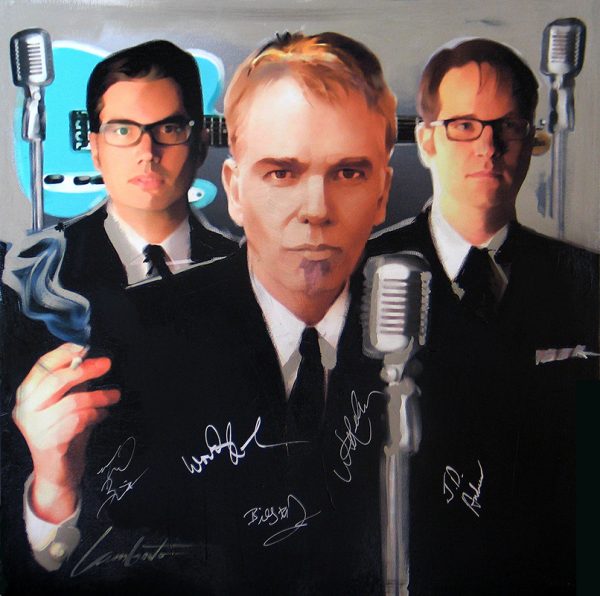 Billy Bob Thornton, Mike Butler, and J.D. Andrew formed the rockabilly band the Boxmasters in 2007. Thornton, credited on the band’s material as W.R. Thornton, performed with the band several times at Willie’s Place at Carl’s Corner (in Hill County), where this painting was signed by Willie Nelson, Thornton, Woody Harrelson, band members, and others. Although Thornton is an actor, writer, and Academy Award winner for the Sling Blade screenplay (1996), he has said that music is his first love.
Signed by Willie Nelson, Billy Bob Thornton, Woody Harrelson, Lucas Nelson and the Boxmasters
2009
Acrylic on canvas
30 in. x 30 in. 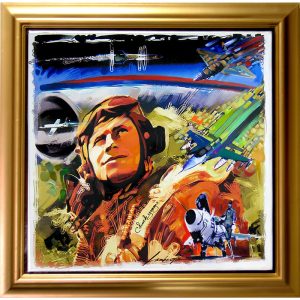 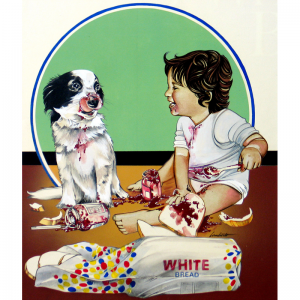 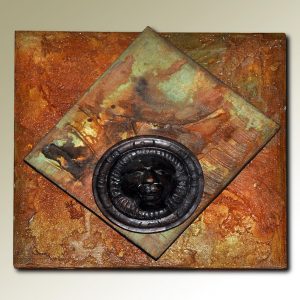